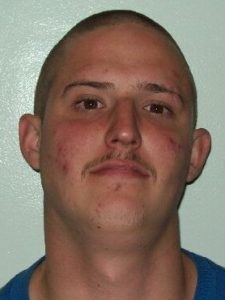 Sonora, CA — The man accused of setting fire to the Columbia House Restaurant was re-arraigned in Tuolumne County Superior court yesterday. For a second time, Daenon Vincent Brewer, 22 of Tuolumne pled not guilty to arson and drug charges. He will now stand trial for a felony charge of arson and misdemeanor charge of being under the influence of opiates.


In January, Brewer had accepted a plea deal for two years in prison if he pled guilty to the arson. However, that plea was disallowed by the court in February when new information about the amount of damage caused by the fire led to the Tuolumne County District Attorney to request that the court reject the initial plea deal. That deal was based on an initial fire report stating $250,000 dollars in damage to restaurant in Columbia State Historic Park. According to a letter sent to the D.A. from the owner of the restaurant, the losses were over $900,000.

Brewer’s three-day trial is set for May 29th in Tuolumne County Superior Court. Click here for an earlier story on Brewer’s arrest.