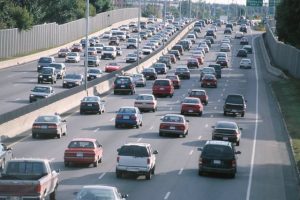 Sacramento, CA – That’s the finding of a new California Department of Motor Vehicles report. The study says driver’s licenses for illegal immigrants would make streets safer. The report found unlicensed drivers in the state, most of them illegal immigrants, are nearly three times more likely to cause a deadly crash.


The DMV says the findings suggest that having to pass a driving test could improve the driver’s knowledge of road rules and safety. That in turn could reduce fatalities on California roads. It’s the DMV’s first significant analysis of unlicensed drivers in 15 years and it fuels the debate over driver’s licenses for illegal immigrants.

The DMV says the actual number of unlicensed drivers in California is unknown because these drivers do not come to the attention of the DMV until they are involved in a crash or convicted of a traffic violation.

The report also found that the at-fault crash risk of suspended/revolved and unlicensed drivers has not decreased over time. The study used crash data over a 23-year period.