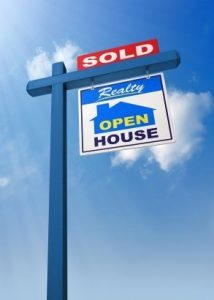 The real estate market in Tuolumne and Calaveras is beginning to improve.

Tuolumne County Association of Realtors Director Greg Humphrey says “we have turned a corner and are showing modest improvement.” Several indicators in Tuolumne County (the Groveland area has been included in the past two years) show fewer bank owned homes, more short sales and more homes sold overall to support his statement. In 2011 bank owned homes were common with 306 sold, this year it decreased 9% to 277. Short sales increased by 30% from 96 in 2011 to 124 in 2012. According to Humphrey this means that banks are working with buyers and sellers and is very positive.

According to Calaveras County Association of Realtors Executive Valerie Moon the Calaveras County home market has had an “increase in home sales and values, lending to a market of recovery”

Calaveras County Association of Realtors Executive Valerie Moon notes “During the down slide of the market, it was difficult to establish values for properties and listings. During the last six years, sellers couldn’t count on a fair market value listing holding during its price listing period and price reductions became a common practice.”

According to Moon, with foreclosures no longer dominating the market, short sales have taken over as a major portion of sales. The California Association of Realtors has new platform that helps Realtors to be able to work directly with bank decision makers. Moon says, “In previous years, our Realtors had to go through online servicing companies to negotiate almost every short sale they were involved with. Now, CCAR offers a direct line for better communication. This is a valuable service for our Realtors and their clients and we expect it to make a big difference in the number of short sale transactions that will successfully close in 2013.”