Pay Off The U.S. Deficit 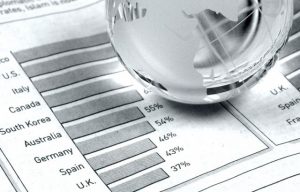 As congress managed to pass a bill for Obama to sign just before the “fiscal cliff” deadline, myMotherlode offered an informal poll. The poll question asked, “What are you willing to do to pay off the U.S. deficit?”

The poll was posted on December 31st and ran until January 4th. It featured a few of the more disputed items that have been suggested for paying down the debt.

The poll allowed voters to select several categories, “raise the retirement age to 67” received 29% of the votes. The agreement that was passed put off the deadline for making changes or cuts to Social Security until January 1, 2014. Information about social security retirement age and benefits is here.

The next most popular answer with 27% of the 900 votes was “26 weeks unemployment”. The agreement that was passed will continue a federal extension of unemployment benefits for one year. Regular unemployment benefits are paid for a maximum of 26 weeks in most states including California. Workers in California who exhaust their regular Unemployment Benefits before they can find a job can receive 47 additional weeks of benefits through the temporary federal Emergency Unemployment Compensation (EUC) program enacted in 2008. The number of weeks the federal government pays for varies by state. Details on how many weeks are paid by state is available here.

The next most popular answer was “charitable reduction”. Itemized tax deductions allowed individuals to deduct the amount they give to charities from their taxable income. Congress voted to keep the charitable tax deduction, but placed a limit on how much can be deducted. Details are on page 8 of the 154 page bill viewable here.

Just over 10 percent included “Pay higher taxes” as a way they would pay off the US deficit. According to the department of treasury’s 2012 November report the total public debt subject to limit is $16.3 billion as detailed here. A vote to increase it or keep it the same is expected in two months. However, there is a deficit of over $1 trillion due to tax revenues of $2.303 trillion (excluding social contributions of approximately $1.0 trillion) and government expenditures of $3.599 trillion (excluding social benefits of approximately $2.3 trillion). The public debt remains at the set amount due to intra-governmental Treasury borrowings from surpluses in the trusts for Federal Social Security, Federal Employees, Hospital Insurance (Medicare and Medicaid), Disability, Unemployment, and several other smaller trusts.

“Eliminate mortgage deduction” received just over 8% of the votes. The home mortgage interest tax deduction is one of the biggest tax breaks available amounting to $100 billion less paid in taxes by individuals per year. Getting rid of it would reduce the nation’s $1 trillion deficit by 10 percent, by itself. The agreement that passed put off addressing the mortgage-interest deduction for a year.

The biggest category with 41% of the votes was “Other” for further information about what the agreement did do is in the news story “Impact Of Fiscal Cliff Agreement“. You can leave your idea for reducing the federal debt in the comments.