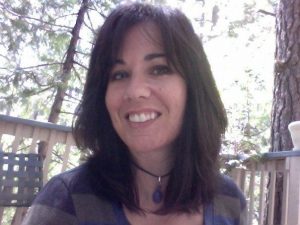 Calaveras County saw strong numbers in tourism in 2012, with perhaps one exception.

“If there was a weakness last year, it was due to the low amount of snow accumulation at the beginning of 2012,” Boulton said. “However, this year has started with lots of snow and the traffic into the Sierra has been terrific.”

Boulton attributes the strong numbers throughout 2012 (which are still being tabulated) to a good marketing campaign, as well as tourists who are sticking closer to their regional home and a diversity of several activites that are offered throughout the county. Those consistent numbers should continue for 2013.

A television show this Monday night (Jan 7th) on the Travel Channel, should help stir up some interest in a portion of Calaveras County.

“Hotel Impossible” (a show that helps renovate hotels and identify problem areas) will feature the Hotel Leger in Mokulumne Hill.

As Calaveras Film Commissioner (her other title), Boulton participated in and observed the filming that took place in and around the hotel.

“The entire town really came together to help support this show and I hope Monday’s episode captures what a wonderful community Mokelumne Hill really is,” said Boulton.

Hotel Leger is one of the oldest hotels in the state of California. Part of the show will even focus on paranormal activity that has been reported inside of the hotel over the past several decades.

“Hotel Impossible: The Hotel Leger” is scheduled to air at 7pm or 10pm on Monday night. Check your satellite or cable provider’s television listings.

Boulton is working to make sure that Mokelumne Hill and the rest of Calaveras will be a part of a visitor’s choice throughout the year.

For more information on Calaveras activities and events, log on to http://www.gocalaveras.com