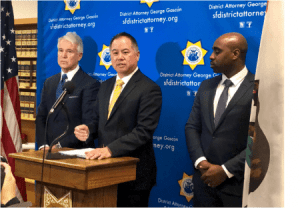 Sonora, CA — A new bill would automatically clear some 8 million criminal convictions that are eligible for sealing but currently due to red tape remain public records.

Using technology, AB 1076 would automate the process for those who are already entitled to record clearance relief under existing laws. Assemblymember Phil Ting (D-San Francisco) authored the bill, if passed, it would eliminate the need to hire lawyers and pay court fees to take advantage of an often overlooked California law allowing convicted drunken drivers, burglars and other low-level offenders to seal their records.

“Everybody deserves a second chance,” argues Ting. “We must open doors for those facing housing and employment barriers and use available technology to clear arrest and criminal records for individuals already eligible for relief.  There is a great cost to our economy and society when we shut out job-seeking workers looking for a better future.”

Under the proposed legislation the records would remain in law enforcement data bases but would be barred from access by background check agencies and the public.

A proponent of the measure, San Francisco District Attorney George Gascon estimates that fewer than 20 percent of eligible cases are cleared and that most offenders are unaware they can seal their criminal records.

Ting remarks that a lack of access to employment and housing are the driving factors causing individuals to reoffend.