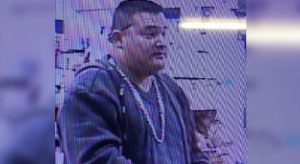 Suspect being sought as part of Blue Alert

Update at 4:50 p.m.: President Donald Trump is weighing in on the shooting death of Police Corporal Ronil Singh. As reported below, Stanislaus County Sheriff’s officials at a press conference would not divulge the suspect’s name, but did reveal that he was in the country illegally. That fact had the President tweeting about the need for a border crackdown, stating, “time to get tough on Border Security.” He ended the message with: “Build the Wall!”  Further details on the manhunt for the killer are below.

Original post at 11:45 a.m.: While a Blue Alert was issued for a four county region, including Tuolumne, following an officer shooting near Modesto, law enforcement officials believe the gunman is still in Stanislaus County.

City of Newman Police Chief Randy Richardson and Stanislaus County Sheriff Adam Christianson held a press conference this morning to update the public about the investigation into the death of Police Corporal Ronil Singh. He was killed in a shootout in Newman after attempting to pull over a suspect being investigated for DUI.

Chief Richardson described Singh as a dedicated officer and family man. He had immigrated to the US and always planned to be a police officer. He left behind a wife and five-month-old son.

Sheriff Christianson, whose department is leading the investigation, noted that limited information could be released at this time, but stated that there is evidence indicating that the suspect is still in Stanislaus County. “We’re getting closer,” he stated, and felt the suspect will be in custody “sooner rather than later.”

Residents in Tuolumne County have received two mobile cell phone alerts over the past day notifying them of the shooting suspect being at-large.

Christianson declined to give the name of the suspect because it is an ongoing investigation. He did however note that the man is in his thirties and in the country illegally. Christianson added that there are multiple investigative teams working the case and no cost is being spared.

The suspect’s truck was located and confiscated yesterday at a mobile home park near Newman.

The officials stated that the next information released will hopefully be an arrest made. A tip line is set up at 209-525-7202.