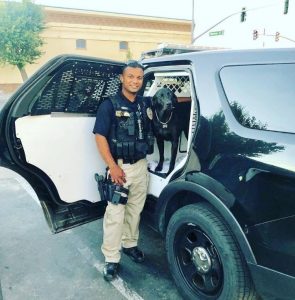 Newman, CA — The Stanislaus County Sheriff’s Office has confiscated a truck believed to belong to the man that allegedly shot a police officer yesterday morning, and set off a four county Blue Alert.

The suspect that shot 33-year-old officer Ronil Singh in the community of Newman remains at large. The truck was found at a mobile home park northeast of Newman. Officials continue to issue a four county Blue Alert for Stanislaus, Tuolumne, Merced and San Joaquin, noting that a violent criminal is on the loose. The truck is being analyzed for any additional clues or evidence. The name of the shooting suspect has not been released. The Stanislaus County Sheriff’s Office is planning to hold a press conference later this morning to give more information on the investigation.