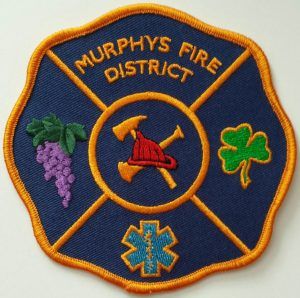 Update at 12:30pm: The Calaveras County Coroner’s Office has released the name of the man who perished early Sunday morning in a residential fire.

The deceased is 67-year-old Gregory Heaviside, who lived alone, according to Coroner Kevin Raggio. He adds that the exact cause of death is still being determined and an autopsy is pending. The mobile home, located at the Murphys Diggins mobile home park along Tom Bell Road, was heavily damaged in the incident and it is not yet clear what caused the blaze.

Original Post at 6:01am: Murphys, CA — There was a deadly residential fire in Calaveras County over the weekend.

The Murphys Fire Protection District, CAL Fire and others responded the blaze in the Murphys Diggins Mobile Home Park at 3:05am on Sunday. One person was confirmed deceased as a result of the fire. The name of the victim has not been released by officials pending notification of family members. The mobile home, along Tom Bell Road, was heavily damaged in the incident. It is not immediately clear what caused the fire.