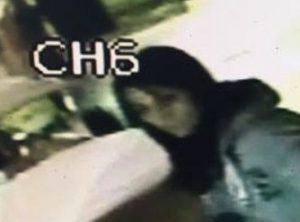 Sonora, CA — The woman, pictured in the image box, is wanted for breaking into a Sonora home and walking out with a safe along with other valuable items.

The break-in took place on Mountain Lily Road near Blue Bell Road West in the residential area behind the Sierra Bible Church on Tuolumne Road around 9:30 a.m. on Thursday. The home’s surveillance video, caught the woman entering and burglarizing the house. Sheriff’s detectives describe her as having brown hair and wearing Capri style pants, white shoes, a light colored shirt and a zip up sweatshirt. The footage shows her carrying a small safe out of the home. Sheriff’s officials say she also stole coins and several pieces of jewelry before making her get away.

Investigators are asking the public to check out the provided pictures of the suspect and if anyone recognizes the woman or has information regarding the break-in they are asked to call the Sheriff’s Office at 209-533-5815.