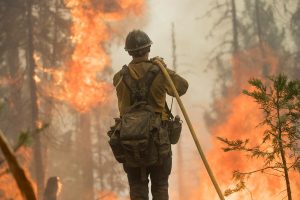 Sonora, CA — The Trump administration is vowing to work more closely with state and local officials to prevent wildfires and fight those scorching California and other western states.

While touring fires in the state this week, Agriculture Secretary Sonny Perdue shared their plan to target wide swaths of land for removal of small trees and understory through either cutting down or setting controlled fires to reduce the fuels. Perdue notes in turn that would cut down on the frequency and severity of fires such as the ones now burning across the western United States.

At a news conference Thursday, Perdue remarked that the new effort would strengthen stewardship of public and private lands throughout the West.

In the past several years, western states have and continue to face longer and more destructive wildfire seasons because of drought, warmer weather and homes built deeper into forests. Already at one point this season, there were 16 fires raging across the California.