Tuolumne County Ag Production Up With A Nod To Timber 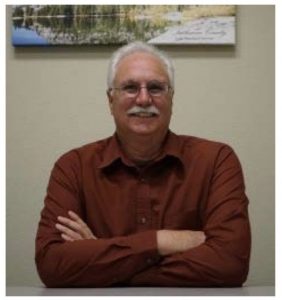 In his presentation this week to the Tuolumne County Board of Supervisors, Commissioner Gary Stockel, set to retire at the end of the year, gave his last official annual report. It indicated that last year’s gross value of Tuolumne County agricultural production totaled just over $37.6 million, up 6.1 percent from 2016’s $35.4 million.

The largest percentage gain was in harvested timber, which grew by 37 percent in 2017 over the previous year to $10,598,000, boosted by increased activities relating to the county’s tree mortality and disaster recovery activities. Increased rains helped the miscellaneous fruit and vegetable category production value grow by 34 percent to $717,000. Field crops, which were up just over ten percent, were valued at $4,410,000.

Livestock At $21.5 Million Down By Five Percent

However, the county’s biggest ag industry, livestock and poultry, which brought in $21,528,000, experienced a decrease of nearly five percent last year. The apiary/nursery category showed the greatest relative decline, falling over 34 percent in 2017 to $244,000. Livestock and poultry products sank just over 20 percent to $113,000.

Stockel pointed out that excluding timber from the 2017 ag total actually demonstrates a two-and-a-half percent production decline from 2016.

Explaining the methodology used to compile the report, Stockel described that his office compiled gross value estimates, based on the most common method of sale per each commodity, as opposed to tallying net grower returns.