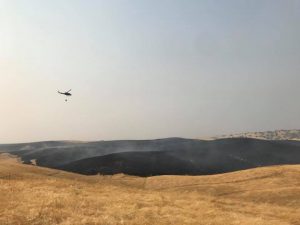 The so-called South Fire that ignited late yesterday afternoon in Rancho Calaveras, and was burning at a dangerous rate of spread, has been contained at 290 acres.

The cause of the fire, near Milton Road and South Gulch Road, is under investigation. Also, crews have reached 90-percent containment on the 136 acre Parrotts Fire that ignited early Sunday morning near Camp Nine Road and Parrotts Ferry Road. Crews hope to have full containment later today.