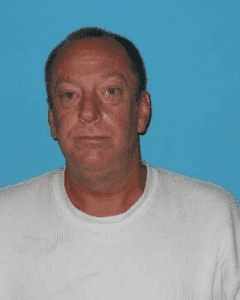 Sonora, CA — Following an assault on a local resident a visitor to the Mother Lode is being held without bail.

According to Tuolumne County Sheriff’s spokesperson Sgt. Andrea Benson, deputies dispatched to a Columbia home on Italian Bar Road took a report from the victim of an assault that occurred over the weekend involving 50-year-old Richard Roberts of Long Beach, who was visiting the victim he is restrained from.

She reports that the two became embroiled in an escalating verbal argument that became physical and Roberts physically assaulted the victim, causing visible eye injuries. He also at some point in the altercation stabbed the victim in the arm, causing a laceration, and threatened further harm.

A records check revealed Roberts had outstanding warrants for charges of stealing from an elder/dependent and also for being a prohibited person in possession of firearm. Arrested and booked into the Tuolumne County Jail on those warrants, Roberts now faces additional charges of assault with a deadly weapon, battery with serious bodily injury, making criminal threats, and violation of a domestic violence prevention order.