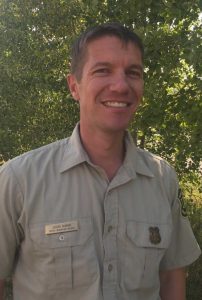 A new Forest Order limits the hours that shooting enthusiasts can use the Candy Rock Quarry in the Calaveras Ranger District of the Stanislaus National Forest.

The order, now in place, allows shooting firearms within the Candy Rock Quarry Shooting Restriction Area between 10am-6pm, Monday through Friday, and 10am-3pm, on Saturdays. The area includes the Candy Rock Quarry and all National Forest System lands within 150 yards from the outer boundary of the quarry.

The quarry is in the wildland-urban interface area and three-tenths of a mile from the nearest private residential properties. It is one of the most actively used areas in the forest for recreational target shooting.

Stanislaus National Forest Supervisor Jason Kuiken notes that the district has received complaints about shooting activity near the quarry for many years. He says, “Complaints centered on persistent shooting noise during daylight hours and into darkness, as well as public safety on both public lands and nearby private lands. In addition, we also received many comments from other individuals wanting to continue enjoying the site for responsible target shooting. We believe this provides a balance to both groups.”

The Forest Service staff held a series of public meetings during the review process. They also met with officials with the county, and commissioned an assessment by the National Rifle Association, and contracted with the Center for Collaborative Policy to serve as an impartial mediator.