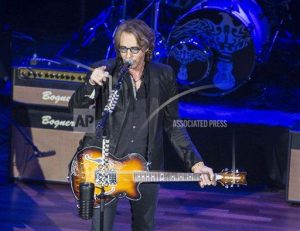 Tuolumne, CA — The Black Oak Casino Resort has finalized plans for the third event as part of the new summer concert series at the West Side Pavilion.

Resort Executive Director Of Operations BJ Nelson tells Clarke Broadcasting, “We’re excited to announce that it is going to be a pretty big group of acts. It will be Rick Springfield with Tommy Tutone, Loverboy and Greg Kihn.”

It is part of the “Best In Show Tour”

The event is set for Sunday, July 15. Nelson notes that tickets will go on sale Friday, May 18.  Other shows already announced for the summer include Justin Moore on May 25 and Larry the Cable Guy on June 15.

To find out more about the concert series, click here.