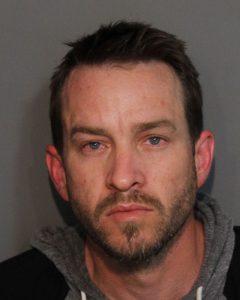 Angels Camp, CA — The Angels Camp Police Department reports that a Sonora man recently became physical when being placed under arrest for DUI.

Daniel Everett was pulled over in a 2003 Volkswagen Passat on South Main Street near Monte Verde  Street for having expired registration tags. The PD reports that Everett failed a sobriety test, and he yelled and pleaded for the officers to let him go. Everett allegedly thrashed about and tried to escape from being placed into handcuffs, so that he could run out into the road. No one was injured during the struggle. Everett was booked into county jail for DUI, possession of narcotic paraphernalia and obstructing a peace officer.