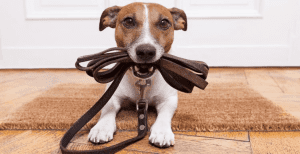 Jamestown, CA — You might call it a new one-stop shop to get Fido street legal.

Tuolumne County Animal Control officials in partnership with a local veterinary practice have rolled out a new initiative to increase licensing compliance and revenues by bringing dog licensing services to residents living in outlying communities in and around Groveland for starters.

According to Animal Control Manager Michael Mazouch, it is part of a beta test program that, pending participation, may further expand to other locations. He says the new ongoing service is both an acknowledgement and way to better serve residents who live further away from the Animal Control facility in Jamestown.

After setting up its in-house software to accommodate county fees, Mono Way Veterinary Hospital, which operates its Groveland clinic in downtown Groveland (18731 Main St. #2) last Friday began offering new and renewal county dog licenses for purchase as well as rabies vaccinations and certificates, which are required as part of the licensing process.

According to county regulations, dogs must be licensed within 30 days of turning four months old, moving into the county or new ownership. As an extra incentive to make use of the new services at the Groveland clinic the county is waiving any late fees for previous noncompliance with the licensing rules.

Mazouch says the county currently licenses about 1,200 new animals every year, which he guesstimates to cover about 20 percent of the dogs actually living in the county; a metric that can definitely be improved upon although he confides it is about average for counties across the state.

“The main reason why [licensing] is an important control is because Tuolumne County is a declared rabies area. Bats and skunks carry it. [The vaccination] is protection for your animals and person,” he emphasizes.

Protecting Pets, Yourself Against Rabies

A rabid animal’s bite to a human or animal can be fatal. The rabies vaccine, administered after a possible exposure and before symptoms of rabies disease appear, is highly effective at preventing its progression. Human rabies can be prevented by avoiding contact with unfamiliar animals and by vaccinating and licensing their dogs.

Mazouch says that animal bites should be promptly reported to the Health Department or Animal Control. Wash the bite wound thoroughly with soap and water as soon as possible — and if you are concerned that you may have been exposed to rabies, contact your health care provider.

For residents living in other parts of the county, Animal Control and the Tuolumne County Veterinary Association offer periodic rabies clinics for dogs and sometimes cats where shots are $10. Canines must be brought on leashes, felines in carriers. The next clinic for both is Saturday, May 19 at Animal Control in Jamestown from 1:30 to 3 p.m.

Two more dogs only clinics in June are shortly coming up. They are Tuesday, June 5 at Columbia State Park (Main and Jackson streets); also Tuesday, June 26 at the Jamestown Fire Station (4th Avenue and Willow Street). Both begin at 7 p.m. For more details about all these programs call Animal Control at 209 694-2730.