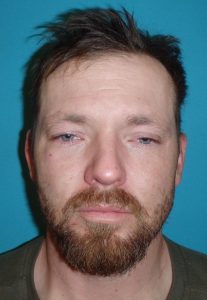 Sonora, CA — Sonora Police responding to a report of a domestic violence near a downtown bar made an arrest during the wee hours following St. Patrick’s Day.

According to police officials, around 12:22 a.m. Sunday officers arriving in the area of Theall and South Washington Street located the involved parties near the Office Bar.

They report that 32-year-old Solomon Ray Storment of Sonora allegedly choked his wife during an argument, causing minor injuries and then shoved her backward into a rock wall, which also injured the back of her head although she declined medical assistance at the scene.

Storment was arrested for felony domestic battery with injury and booked into the Tuolumne County Jail. His bail was set at $35,000.