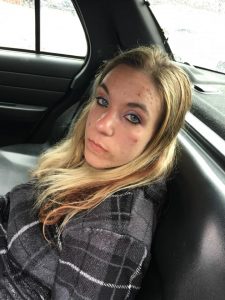 Sonora, CA — Mismatched license plates resulted in the arrest of a Jamestown woman on Saturday afternoon at the Sierra Energy Express off Highway 49/108 in Jamestown.

According to Tuolumne County sheriff’s officials, while out checking license plates a deputy spotted 27-year-old Hailey Johnson driving a vehicle different from the one corresponding with the plate. The report states Johnson was behind the wheel of an Acura; however, the license plate attached to it was registered to a Honda.

After a subsequent check of the Vehicle Identification Number (VIN) revealed the Acura was reported stolen out of Oakdale, Johnson was arrested for vehicle theft as well as for driving without a license and failure to provide evidence of financial responsibility; her bail was set at $10,000.