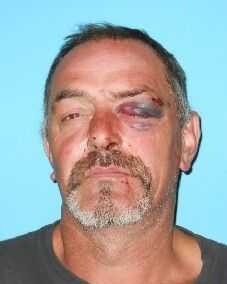 Sonora CA — A Groveland man has been jailed for battery inflicting serious bodily injury and other charges after an incident that occurred late last night.

According to Tuolumne County Sheriff’s spokesperson Sgt. Andrea Benson, deputies responded to a home on Hemlock Street in Groveland just after 10:30 p.m. for a report of a physical altercation there and found that it was triggered by a verbal argument between two residents, 50-year-old Thomas Saunders and his wife.

Sgt. Benson recounts that Saunders allegedly struck and choked a minor child who stepped in to stop the argument and then attacked the woman. Arrested at the scene and transported to the Tuolumne County Jail, Saunders also faces charges of inflicting injury on a child and spousal battery. His bail was set at $50,000.