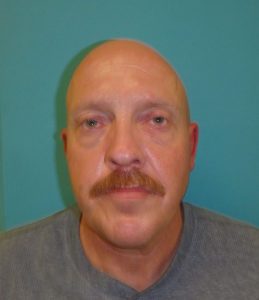 Sonora, CA – A local man has been arrested for stealing from a nonprofit community action agency devoted to helping the less fortunate.

After spotting him downtown, police were able to arrest Sonora resident Christopher Wade Phillips, 43, yesterday afternoon just before 4 o’clock. He was booked on charges of burglary and conspiracy to commit burglary in connection with a weekend break-in at the Amador-Tuolumne Community Action Agency (ATCAA) services center on North Washington Street.

About eight hours earlier an ATCAA employee reported to Sonora Police that the building had been burglarized over the weekend. Missing were two laptop computers and the contents of two cash lockboxes.

After reviewing surveillance footage provided by ATTCA and another nearby business, police were able to identify Phillips and also determined that he gained entrance to the building both on Sunday afternoon and early Monday morning after returning with a yet to be identified accomplice. The two suspects allegedly searched and looted various rooms and then departed with the stolen property in tow.

While the value of the laptops was estimated at $1,800 the contents of the lockboxes are still being assessed. Police are now working to recover the items taken as well as learn the identify of Phillips’ accomplice.