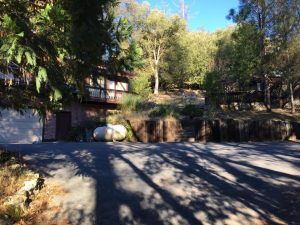 Scene of murder-suicide at Sonora home

Sonora, CA — Clarke Broadcasting has received new information about a murder-suicide that occurred on December 4 at a home on Harmony Lane in Sonora.

As reported last month,  a family member requested a welfare check at the residence, and when deputies arrived, they located the bodies of a man and a woman. Tuolumne County Sheriff’s Office spokesperson Sgt. Andrea Benson reports the male suspect, allegedly responsible for the murder-suicide, is identified as 51-year-old Phillip Scott Shaw, who lived at the residence.

The victim is believed to be an elderly female family member, however the Sheriff’s Office is still waiting for DNA testing to make a positive ID.

Sgt. Benson notes that the motive for the shooting is unknown, but physical evidence at the scene confirms that it was a murder-suicide.