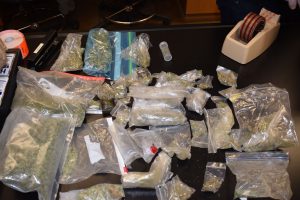 Deputies seized methamphetamine, marijuana, concentrated cannabis with lab materials and paraphernalia associated with drug sales. The Sheriff’s Office reports that two juveniles were also living in the home, but they were not present during the search.

53-year-old Robert Miller of West Point was charged with possession of drug paraphernalia and child endangerment.

52-year-old Richard Kessler of Wilseyville was arrested for possession of methamphetamine and having a warrant out of Amador County.