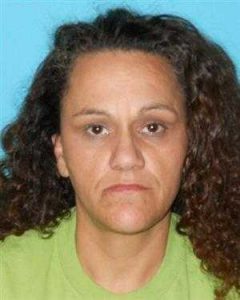 Sonora, CA — A pair from Ceres face charges including possession of a controlled substance and receiving stolen property.

44-year-old Norma Campos of Ceres was pulled over driving a Toyota Echo at around 3am on Mono Way in front of the Sonora Ford dealership. The Tuolumne County Sheriff’s Office reports that she was driving with a suspended license and also had an outstanding warrant for her arrest. Her passenger, 42-year-old Letricia Solorio, initially gave deputies a false name, but was later positively identified through fingertip analysis.

The sheriff’s office notes that during a search of the vehicle several access cards, driver’s licenses and payroll checks not belonging to the women were confiscated, along with two baggies of methamphetamine.

Both women were arrested and booked into the Tuolumne County Jail. During a later search at the jail, an additional bag of methamphetamine was found on Solorio. An investigation is on-going in the case and deputies will be attempting to contact the identity theft victims.