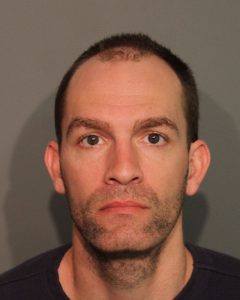 He is wanted on charges related to being under the influence of a controlled substance, in addition to possession of drugs, violating a court order and driving on a suspended license. Bermingham recently fled from the police department when an officer attempted to serve warrants to arrest him. Bermingham barricaded himself inside his apartment, and refused numerous requests to peacefully surrender. Due to the presence of numerous other residents in the apartment complex, including young children, the police department declined to force entry. A report has been sent to the District Attorney’s office, and additional charges could be forthcoming. The police department is asking for anyone that sees Bermingham to call 911.