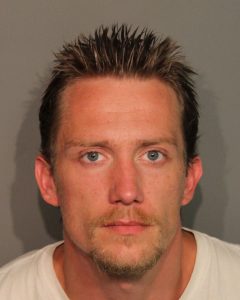 Angels Camp, CA – The Angels Camp Police Department reports tips from the public helped them catch a man who was allegedly selling pot to minors.

29-year-old Joshua D. Gladden, of Angels Camp was arrested in a raid carried out by police on Monday around 11 a.m. in the 300 block of South Main Street in Angels Camp. Four people were detained and evidence that included cell phones and drug sales were seized.

Angels Camp police acknowledge that multiple sources reported the sale of pot to minors, which sparked an investigation. Detectives were able to corroborate those tips and get a judge to issue the search warrant.

Gladden faces a felony charge for sales of marijuana to minors, and two misdemeanor charges for contributing to the delinquency of a minor and child endangerment.

Police report the investigation is ongoing.