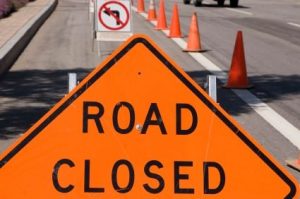 Tuolumne County, CA – Stanislaus National Forest (STF) officials report Mother Nature dumped so much of the white stuff this winter that some seasonal roads will remain closed for awhile longer.

Some of the roads had been scheduled to reopen on April 15 but STF Acting Deputy Forest Supervisor Jim Junette indicates, “In past years our estimated date of April 15 to open seasonal roads was pretty accurate. This year’s amazing snowpack and the level of storm damage on the Forest means many roads will remain closed, possibly for several months.”

Workers have not even been able to inspect many Forest roads yet because they are still blanketed with snow; meaning the full extent of possible weather-related damage is not known, according to Junette.

“We expect to have a snapshot of Forest road conditions by late April. It is a snapshot because Forest Service workers will continue inspecting and identifying damaged infrastructure as the snow melts,” adds Junette.

Forest officials provide this list of roadways that will remain closed due to repairs needed as a result of storm damage to the roadway:

A map of the seasonal road closures can be found here. Additionally, a series of heavy storms caused damage ranging from mud, rocks and debris slides, to roadbed failure on some roads. Forest officials report there are no estimated costs for the repairs as engineers are still crunching the numbers, but it will likely be in the millions of dollars.