A Scare In Jamestown After Man Points Gun At People 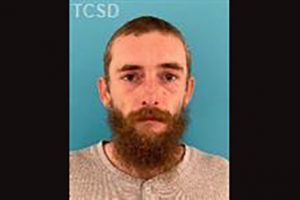 Jamestown, CA — A frightening scene occurred in a Jamestown trailer park when a neighbor heard a loud argument and went to investigate, only to find a gun drawn and pointed at him.

Tuolumne County Sheriff’s officials raced to the area of Main Street near Willow Street recently after reports of a man pointing a gun at several people in an unidentified trailer park. The suspect, 29-year-old Roger TaylorMoore a transient from the Valley Springs area, had left the scene, but a CHP officer spotted the vehicle and made a “high-risk traffic stop,” according to sheriff’s officials. A search of TaylorMoore turned up the loaded handgun and fixed-blade knife concealed in his pockets.

Deputies then went back to the trailer park to talk to witnesses. The neighbor told deputies that when he went to investigate the loud argument, he saw TaylorMoore and his neighbor in a heated argument. Trying to de-escalate the argument, he told TaylorMoore to leave the property. That is when TaylorMoore allegedly pulled out a handgun and pointed it at him while also threatening to kill him.

After being handcuffed, TaylorMoore began to struggle with deputies as they tried to put him in a patrol vehicle. Sheriff’s officials detailed that at one point he jammed his feet on the patrol vehicle’s doorframe while pushing against deputies and refusing orders to get into the back seat. Deputies were eventually able to get him safely into the vehicle. He faces charges of criminal threats, carrying a concealed dirk or dagger, brandishing a firearm in public, carrying a concealed firearm, and obstructing or resisting a peace officer.