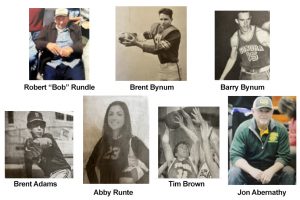 Sonora, CA — The Sonora High School Foundation is sharing the names and details of this year’s Athletic Hall of Fame honorees.  A special ceremonial banquet will honor each new inductee on Saturday, October 22nd at the Sonora Elks Lodge. This year seven individuals will be inducted. Details about each of the individuals and their accomplishments are provided by the Foundation below. Ticket information and more details about the banquet event are after the biographies.

Robert “Bob” Rundle – A truly outstanding supporter and volunteer for Sonora High School athletics. For over 40 years Bob was a member of the “Sonora High Football Chain Gang.” He started working with Babe Mason and when he stepped away, Bob recruited his sons

Gary, Jerry and Loren. For the next 20 years he headed up the chain gang until he no longer could stand along the sidelines and then brought in the Rogers team of Dick, Greg and Nathan. Others would step in from time to time but Bob never missed a game. When the football season ended Bob moved over to the basketball court where he ran the clock for over 30 years with his best friend and wife Ruth. Rick Francis, long-time varsity basketball coach stated, “When I took over the varsity program in 1977 I asked Bob if he would run the clock for our games. He agreed and not only ran our clock but also for the freshmen and sophomore games. Our basketball program was so fortunate to have such a loyal and honest person on the clock.” He also ran the clock for many years for the Columbia College Claim Jumpers. Bob was also well known throughout Tuolumne County for volunteering for youth sports, the Soulsbyville Methodist Church, and his beloved Tuolumne County. Bob also had the reputation as being “one heck of a fisherman”.

Brent Bynum (Class of 1964) An outstanding three-sport athlete competing in football, basketball and track and field. 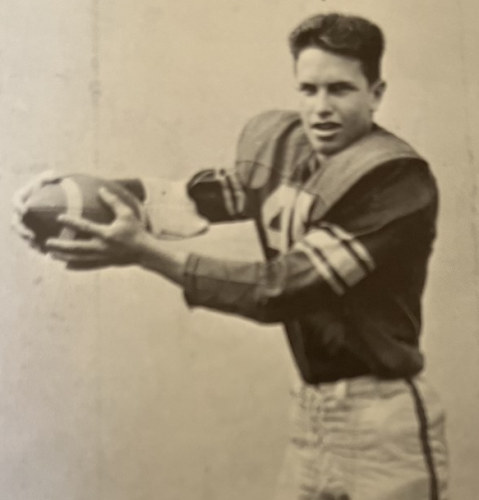 In football, Brent was an All-Valley Oak League (VOL) receiver his senior year. In basketball, he was a starting guard and an excellent defensive player. Brent really excelled in track and field competing in a number of events. He held the high jump record for over 30 years. He made the all-league VOL team and participated at the Sac-Joaquin Section meets. After high school, Brent competed for two years at Modesto Junior College (MJC) in basketball and track. In track, he recorded a high jump of 6’7”. After MJC he went over to Cal State Stanislaus where he was on their basketball and track teams. After college Brent became one of the finest handball players in Northern California along with becoming an outstanding basketball official. Brent wanted to acknowledge two role models who really shaped his adult life; Bob Gibson, his high school football coach and John Boreiszis his 8th-grade basketball coach and teacher.

Brent states, “Growing up in Sonora really helped mold me into the person I am today”.

Barry Bynum (Class of 1967) participated in the sports of football, basketball and baseball. He was a highly regarded athlete in all three sports. Barry played two years on the varsity as a receiver and

making the All-League team his senior year. In basketball, he was an outstanding guard his junior and senior years. In his junior year Barry was the starting guard on the team that won the school’s first Valley Oak League Championship and won the very prestigious Modesto City Schools Invitational Tournament. In his senior he was a unanimous All-League Selection. He led his team to the newly created Mountain Valley Conference League his senior year. His outstanding skills were rewarded by receiving a basketball scholarship to San Jose State University. In the Spring Barry moved on to become an All-League player in baseball. He was the co-MVP for his team in his senior year. He pitched a no-hitter and hit a game-winning home run in his first start of the 1967 season. Barry was a gifted athlete who excelled in three highly competitive team sports. 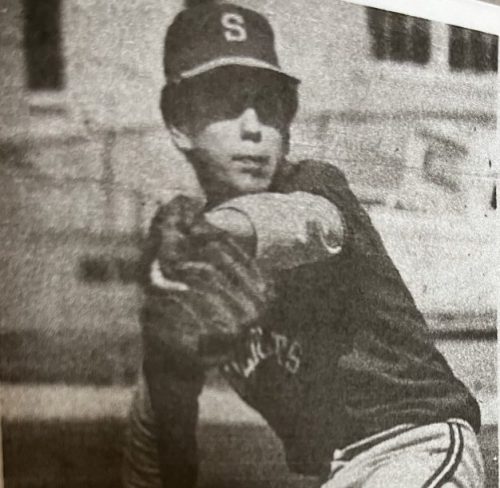 As a  running back he averaged 7.9 yards per game during his senior year and was selected to the Valley Oak League All-League team. He once held the record for the longest running touchdown of 94 yards which he held for 30 years. Brent was an outstanding baseball pitcher. In his senior year he had 6 games in which he struck out 15 or more batters. He was one error away from pitching a perfect game with 19 strikeouts against Ripon High School. He was a VOL All-League selection and an All-Area All-Star. After graduation, Brent signed with the Philadelphia Phillies where he played for two years until an injury put an end to his career.

Tim Brown (Class of 1995) was a Three-sport athlete participating in football, basketball and track and field. In football, he was an all-league lineman both his junior and senior years whose teams made the Section play-offs.

He was selected team captain his senior year and was selected to the Lions All-Star game. After high school Tim played four years at St. Mary’s College where he was the starting offensive lineman his junior and senior years. In basketball, Tim was the starting center on the 1995 team that lost in the finals of the Sac-Joaquin Section play-offs. That team won 32 games. His teammates selected him as one of their team captains. In the spring it was off to compete in the shot put and throw the discuss for the track team. In his junior and senior years, he made the Section finals in the shot put. Tim received the Fred Rowe Outstanding male athlete award for the class of 1995. He was recognized in both the VOL and the Section “All-Academic” awards in both his junior and senior years.

Abby Runte (Class of 2012) was awarded the Elks Outstanding Female Athlete for the class of 2012. 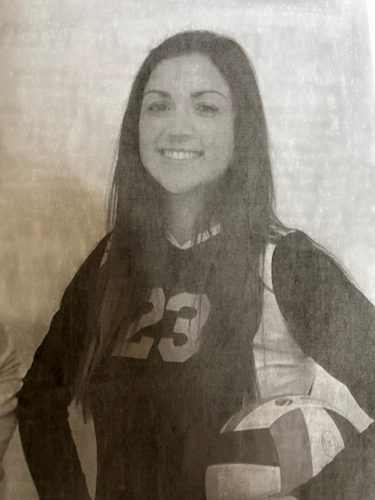 As a varsity athlete, she participated in soccer (2 years), volleyball (3 years) and track and field (3 years). In soccer, she was an all-league selection her senior year and also made the All-Area team. In volleyball, she was selected the VOL MVP in 2011 after being selected to the 1st team in her sophomore and junior years. She also made the All-Area team in volleyball. In the spring Abby was an outstanding track athlete. She set school records in the long jump and in the 100 meters hurdles. She qualified in both events for the Sac-Joaquin Section track finals. While attending Cal Berkeley Abby played volleyball for the women’s club team for two years. Along with being an outstanding athlete, Abby maintained a 4.0 plus GPA in all four years of high school. 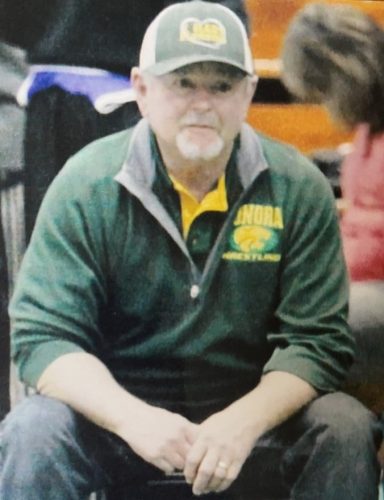 He coached football for a total of 21 years, 2 at the varsity level, 16 at the junior varsity (JV) level and 3 at the freshmen level. He was part of the staff that won 12 JV championships and one varsity championship. In the sport of wrestling, Jon coached for 32 years. 29 as the varsity coach and 3 as the JV coach. His teams won over 300 dual meet championships and in 2008 won the Division 4 Section championship. During those years he had 12 State Qualifiers. In baseball, Jon was the varsity coach for 9 years and the JV coach one year. In 1995 Sonora was the Division 2 Section runner-up. Jon moved over to help rebuild the softball program. He spent 11 years in the program, 2 at the JV level and 9 at the varsity level. He built the program all the way from only a couple of wins to one of great respectability. Jon was the Tuolumne County Softball Director from 1974 to 1990. He was also an outstanding fast-pitch player and was inducted into the American Softball Association San-Joaquin Metro Hall of Fame. His total coaching career totaled 40 years.