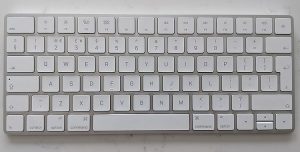 Assembly Bill 587 was just signed by Governor Gavin Newsom. He states, “Californians deserve to know how these platforms are impacting our public discourse, and this action brings much-needed transparency and accountability to the policies that shape the social media content we consume every day.”

It also requires that some potentially sensitive business information be submitted to the California Attorney General’s Office. The bill was opposed by a coalition of business and tech industry groups, including the California Chamber of Commerce. They argued that the bill is unnecessary and that most companies are already making information targeted in the legislation public.

The bill passed 66-0 in the Assembly, however, 14 lawmakers chose not to cast a vote for whatever reasons. It passed 33-3 in the Senate, with four lawmakers not casting votes. It was one of the final votes of the recent legislative session.

The Mother Lode representatives, Frank Bigelow and Andreas Borgeas, were among those who did not vote, according to the legislative record. Both are declining to seek re-election in November.