Mosquito Fire Grows To Over 46,500 Acres 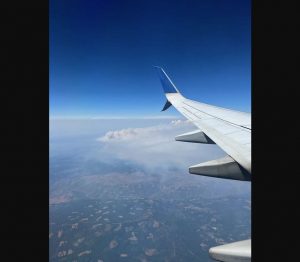 Placer County, CA — There is still a lot of drift smoke in the Mother Lode from the Mosquito Fire that is burning in Placer and El Dorado counties to the north.

An estimated 11,260 people have been evacuated from their homes and 5,848 structures remain threatened. The fire ignited on September 6 near Mosquito Road and Oxbow Reservoir in Placer County.

According to Incident Command, fire activity and smoke production increased Sunday afternoon after the inversion layer lifted over much of the fire. Thunderstorms remained south of Highway 50 and did not affect the fire. Cooler temperatures have helped firefighters over recent days, but it is still burning in heavy fuels, and steep terrain.

Incident Commander Rick Young went on a reconnaissance flight Sunday afternoon and confirmed that “the fire wasn’t going anywhere fast (i.e., not wind-driven), but where it was burning, it was really burning.”

2,397 firefighters are assigned to the incident.