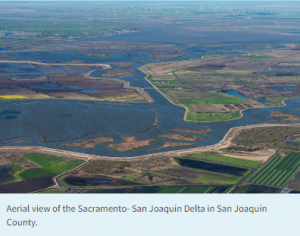 Sacramento, CA — State water officials released a new proposal for an underground tunnel to transport water from Northern California down to the southern portion of the state.

Different ideas and plans have been floated since the eighties, but no construction has occurred. Governor Jerry Brown was earlier proposing a twin tunnel system, but in 2019 Governor Newsom scrapped the plan and directed state leaders to develop a scaled-back proposal to carry less water with fewer environmental impacts. The latest proposal is expected to cost somewhere in the neighborhood of $16-billion. It would primarily be funded by agencies that utilize the water, according to state officials.

It would take water from the largest river, the Sacramento River, over to the California aqueduct, and then down south.

State officials say a modernization of the water supply system is needed especially in light of recent drought years.

The state’s largest water supplier, the Metropolitan Water District of Southern California, which supplies water to 19 million people, has voiced support. There is early opposition from some environmental groups over concerns that it would still negatively impact endangered species.

Its fate will depend on whether Governor Newsom can gain the support of lawmakers and push it forward in the coming years.