Near Full Containment Of Appaloosa Fire 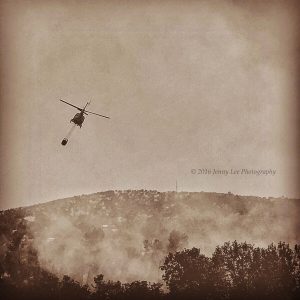 Angels Camp, CA — The Appaloosa Fire in Calaveras County has reached 95% containment and 27 firefighters remain assigned to the incident.

At its peak, there were around 260 firefighters on scene. Three engines and five water tenders are still involved in the mop-up operations. The fire was ignited by a nearby property owner working on an electrical panel breaker box. The unidentified individual has been cited for negligently starting a fire and allowing it to expand off the property. No homes or structures were damaged. The fire ignited Saturday afternoon and the forward rate of spread was stopped at around 310 acres. The fire is situated on Appaloosa Road, approximately two miles south of Highway 4 and five miles from Angels Camp.