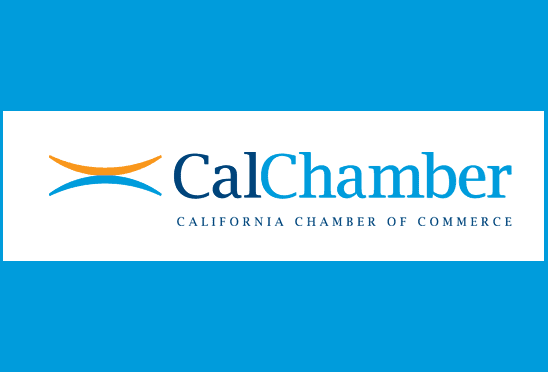 Sacramento, CA — The effort to increase the state’s minimum wage is among the list of bills that the California Chamber of Commerce is calling a “Job Killer.”

The Chamber of Commerce is arguably California’s most influential business organization. Yesterday afternoon, the group’s President Allan Zaremberg released a statement that lawmakers acted “too fast” and should have taken time to consider minimum wage in a more “balanced manner.” It will increase from the current $10 to $15 by 2022.

The minimum wage increase is one of 18 bills that the Chamber of Commerce feels could reduce the number of jobs in the state. The list was released shortly before yesterday’s vote. You can read it below:

AB 2667 (Thurmond; D-Richmond) Arbitration Agreements Discrimination — Unfairly discriminates against arbitration agreements and therefore is likely preempted by the Federal Arbitration Act, which will lead to confusion and litigation, by prohibiting arbitration of Unruh Civil Rights violations made as a condition of a contract for goods or services.

AB 2162 (Chu; D-San Jose) Erodes Housing Affordability — Increases the cost of and delays housing and other development projects by eliminating existing mitigation options for impacts to oak woodlands under the California Environmental Quality Act and instead imposes an entirely new and separate permitting process for the removal of even one valley oak tree.

SB 1150 (Leno; D-San Francisco) Erodes Housing Availability — Increases liability risk and the cost of residential loans by allowing a party not on the mortgage loan to interfere with appropriate foreclosures and creates a private right of action for violations of overly complex and burdensome requirements.

AB 1727 (Gonzalez; D–San Diego) Price-Setting by Independent Contractors — Harms consumers and the California economy by essentially allowing independent contractors in almost every industry to collaborate and set prices for their services as well as other terms and conditions of their contracts, which will raise prices for consumers as well as subject them to costly litigation with the threat of triple damages if consumers terminate those contracts.

SB 878 (Leyva; D-Chino) Mandated Scheduling Requirement —  Eliminates worker flexibility and exposes employers to costly penalties, litigation, and government enforcement, by mandating employers in the retail, grocery, or restaurant workplace, including employers who have hybrid operations that include a retail or restaurant section, to provide a 21-day work schedule and then face penalties and litigation if the employer changes the schedule with less than 7 days notice, even when the change is at the request of the employee.

SB 1166 (Jackson; D-Santa Barbara) Imposes New Maternity and Paternity Leave Mandate — Unduly burdens and increases costs of small employers, with as few as 5 employees, as well as large employers with 50 or more employees, by requiring 12 weeks of protected employee leave for maternity or paternity leave, in addition to up to four months of existing pregnancy disability leave, for employees who have worked for the employer one day, as well as exposing employers with 50 or more employees to potentially provide 24 weeks of protected leave in a 12-month period, and all employers of 5 or more to the threat of costly litigation.

SB 899 (Hueso; D-San Diego) Increased Meritless Litigation Costs — Drives up consumer costs and increases frivolous litigation similar to the disability access lawsuits in California, by prohibiting a retailer or grocery store from discriminating against a person on the basis of gender with the price of goods and subjecting them to a minimum $4,000 of damages for each violation.

AB 1759 (Bonta; D-Alameda) Gas Price Increase — Jeopardizes the production of California based fuel by banning the use of hydrogen fluoride and hydrofluoric acid at facilities that use more than 250 gallons and are located within two miles of a residence, notwithstanding the fact that there are significant safety regulations in place at the local, state and federal levels.

AB 1882 (Williams; D-Santa Barbara) Gas Price Increase — Jeopardizes the production of California based fuel by substantially complicating the existing permitting process for the Underground Injection Control program by imposing duplicative requirements and requiring the Division of Oil, Gas and Geothermal Resources to cede aspects of its permitting authority to the regional water quality control board.

AB 2729 (Williams; D-Santa Barbara/ Thurmond; D-Richmond) Gas Price Increase — Jeopardizes the production of California based fuel supply and increases costs to the industry by revising the definition of an idle well and requiring permanent closure of 25% of California’s long-term idle wells each year.

SB 32 (Pavley; D-Agoura Hills) Slows Economic Growth — Increases costs for California businesses, makes them less competitive and discourages economic growth by adopting further greenhouse gas emission reductions for 2030 without regard to the impact on individuals, jobs and the economy.

SB 3 (Leno; D-San Francisco) Automatic Minimum Wage Increase — Unfairly imposes a potential 50% increase in the minimum wage by 2022 (actually an 87% increase over an 8-year period when combined with the last increase just implemented in January 2016), and automatically adjusts minimum wage beyond 2018 according to national inflation, with no “offramps” to suspend the indexing if employers are struggling with other economic factors or costs.

SCA 5 (Hancock; D-Berkeley) Split Roll — Undermines the protections of Proposition 13 by unfairly targeting commercial property owners and increasing their property taxes by assessing their property based upon current fair market value instead of acquired value.  Such costs will ultimately be passed on to consumers and tenants through higher prices and will result in job loss as businesses struggle to absorb such a dramatic tax increase.