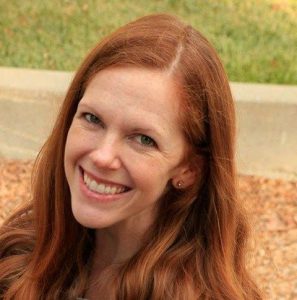 San Francisco, CA — In a gutsy act of social activism a first-time filmmaker is preparing to unleash her own slingshot attack against an Internet online review giant she is literally billing as “a billion-dollar bully.”

Clarke Broadcasting took the opportunity to catch up with her about her controversial documentary, Billion Dollar Bully, which is gathering steam as it enters post-production ahead of a release later this year, timed to submit to major film festivals. The piece promises to change the way many think about and use the juggernaut online review portal Yelp.

Last Wednesday on Youtube and Facebook, Milliken’s production company Prost Films released its second trailer. (To view it, click here. For more images and the initial trailer click in the upper left image box.) Her cinematographer is Jonathan Ingalls, whose work she admired in the acclaimed award-winning documentary Blackfish that effectively exposed SeaWorld’s mistreatment of orcas and their trainers. She adds that one of the Blackfish producers may help finish the film, which will hopefully be in the can by July, pending final funding.

Nearly two years in the making, Milliken says, “[Billion Dollar Bully] took a lot longer than I expected — a lot of great stories kept coming in from all different directions…and work had to revolve around [Ingalls’] shoots and interviewees’ schedules.” While most of the business owners who shared their horror stories of being burned by Yelp were filmed over the course of last summer, more were interviewed last fall and as recent as February of this year.

With a solid rough cut now in her hands, Milliken is in the process of collecting a final $60,000 to $80,000 for the addition of animation, original music, color correction and getting a thorough run-through of the final cut from attorneys. “The content and cinematography in it is so great that I don’t want to cheapen it by not completing it in the best way possible,” she enthuses. So far, Milliken says she has spent about $95,000 and self-financed the film leading up to the Kickstarter campaign, describing the bulk of her financial supporters as, “a lot of very angry business owners who want to see this message about Yelp be brought to life.”

Fully Expecting A ‘Yelp Back’

Milliken shares that last March, the day after she launched the first trailer in tandem with her Kickstarter fundraising campaign, the resulting buzz caused Yelp’s stock to decline by four percent. “It took a $150 million stock hit — then Yelp started releasing personal attacks attempting to discredit me and the film,” she recounts. “Let us say that they are keeping an arched eyebrow over any news of the film that comes out,” she says, matter-of-factly. Asked if she is worried about Yelp backlash, she weighs her words carefully, retorting, “They are definitely not done…I do know that when the film is ready to be seen they will be going into attack mode again — and it will be interesting to see how that pans out.” Former Yelp employees who talked with Milliken refused to go on camera fearing a reprisal and additionally warned her that the company was known for having private investigators tail criticizers. Although Milliken says she has reached out numerous times to talk with company officials face to face, all her interview requests were declined, so she anticipates publicly hearing Yelp’s reaction to the film if and when it releases a company statement.

While Milliken’s interactions with Yelp is a story in itself, the focus of Billion Dollar Bully is to expose business practices that shocked her as soon as she began looking closely into them. She shares, “I used to use Yelp all the time. As a consumer I would go and look for businesses and go — or not go — based on their rating.” She adds that she even submitted a few reviews to help businesses she wanted to help support, especially if they asked.

The genesis of the film project came when Yelp’s protocol towards businesses came to light following her own attempts to post a favorable review for a well-trusted doctor. She says the experience created a growing unease that led her to personally investigate how Yelp interacted with businesses. As Milliken recalls, “The physician had shared that salespeople were becoming quite aggressive in contacting her to advertise…I started to wonder, how can this be legal [when] it became clear that [the salespeoples’ actions] were not just aggressive sales tactics. The doctor said she had declined to advertise and the following day…received a one-star review she had never seen – with an ailment she had never worked on, and I was really shocked and bothered by that.”

The doctor was also perplexed that all of her previous five-star reviews were somehow being filtered away from her Yelp review page, giving her a poor, two-and-a-half stars rating, which Milliken says was not reflective of her as a doctor at all. “I thought, obviously if what she is saying is true, then obviously I can’t use this website anymore — but how is this company getting away with this? So I began researching…and…found thousands…of similar complaints, all saying the same thing.” Following Yelp sales calls businesses that declined to advertise would suddenly find that their good reviews would start to disappear — and in tandem, negative reviews would be emphasized — in some cases, false negative reviews would start to show up on their reviews page.

Yelp officials, according to Milliken, base their defense on the company’s business practices using three elements that on the surface sound reasonable: a “resolved” Federal Trade Commission (FTC) investigation; the dismissal of court cases filed against the company; and a Harvard business study that determined Yelp was doing nothing wrong although it was shown to favor advertisers over non advertisers. Milliken decided to investigate those claims and found that none of them held water. She particularly points to the fact that even though the FTC closed the investigation, there were thousands of complaints, and the agency did not clear Yelp of any wrongdoing. For the film she interviewed a former FTC policy director.

When asked what she hopes for her film, Milliken states outright, “I would love to see a change made in the law that they are getting away with this under, the CDA [Communications Decency Act] Section 230 law.” Too, she would like for consumers to understand how their reviews are being manipulated in ways that hurt businesses who do not play by its rules, kind of like a mob boss would do in a gang-run neighborhood. She adds slyly as business owners make up 85 percent of its revenue, “It would be great for businesses to stop paying to advertise with Yelp…that would be the real way to get Yelp’s attention.”

Not Practicing What It Preaches?

All in all, Milliken claims, Billion Dollar Bully reveals just how poorly business owners are being treated by the company, and the consequences that many have suffered as a result. “It really is really mind-blowing…any time a business owner says, ‘look, you are killing my business here’ — [Yelp representatives] just say ‘just work on better customer service and you will be fine’. Yet Yelp is not taking their own advice…with their customer service to the customers who are business owners!”

To find out more about Milliken’s film and/or share personal Yelp stories, you can reach the Prost Films site by clicking here.