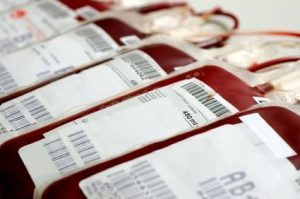 A recent informal myMotherLode poll asked the question “Should tax dollars go to fund planned parenthood?” The results were 69 percent ‘No’ and 31 percent ‘Yes.’

In 2014 Planned Parenthood and its affiliates received $528.4 million in government funds (a combination of state, federal and sometimes local government dollars), or about 40 percent of its total funding according to the organization’s annual report. There are not any offices in the Mother Lode but there are 114 in the state with two in Stockton, one in Manteca, one in Modesto and one in Merced.

The organization provides birth control, medical exams, tests and treatments for sexually transmitted infections for men and women of all ages and income at approximately 700 facilities throughout the United States. Planned Parenthood began as a birth control clinic in Brooklyn, New York in 1916 and has received federal funding since 1970, when President Richard Nixon signed into law the Family Planning Services and Population Research Act.

In the 1973 Supreme Court Case of Roe v. Wade the Court found that an abortion statute that forbids all abortions except in the case of a life saving procedure on behalf of the mother is unconstitutional. The decision allows individual states to pass certain regulations and limits some of which have been challenged recently. The court declined to address the question of when life begins.

In 1976 Congress first passed the Hyde Amendment to prevent federal money from being spent on abortions. The law impacts Medicaid, which cannot provide abortions except in cases of rape, incest or to save the life or health of the mother. Planned parenthood says 80 percent of its clients receive services to prevent pregnancy and 3 percent receive abortions funded through sources of income separate from the federal funds. Money allocated to the Departments of Labor, Health and Human Services, and Education also limits federal spending for an abortion or for health benefits coverage that includes coverage of abortion.

Planned Parenthood has also recently been investigated for providing fetal tissue for medical research. Currently four congressional committees have launched investigations into Planned Parenthood after David Daleiden, representing his nonprofit California company called the Center for Medical Progress as a biomedical organization, released edited videos of his interviews with Planned Parenthood staff from Colorado and Texas.

According to Planned Parenthood nationwide the only fetal tissue donation was at four clinics in California and one in Washington state. StemExpress lost its bid to block the nonprofit from publicizing a video, but the AP reports a judge said it will likely prevail in its lawsuit that claims its executives were illegally recorded. The Northern California company received fetal tissue from Planned Parenthood until it severed ties after the videos began surfacing.

The National Abortion Federation was granted a preliminary injunction against video that Congress has requested from the Thomas More Society, who is representing the Center for Medical Progress and David Daleiden. The hearing about the preliminary injunction is set for October 9, 2015. The Center for Medical Progress sent a letter to Congress stating that they are “compiling and reviewing the requested video footage” but they remain under a Temporary Restraining Ordered by the U.S. District Court for the Northern District of California.

A Planned Parenthood letter sent to Congress on August 27th says, “We are confident that as additional states complete their investigations and as the congressional committees carry out their oversight activities, the facts will once again fully vindicate Planned Parenthood and indict those who are seeking to distort the facts and smear our reputation.”

The ethics and guidelines for fetal tissue research were discussed in 1988 under the Reagan Administration. The Human Fetal Tissue Transplantation Research Panel established guidelines that were made into law in 1993 that specifically prohibits profiting from fetal tissue. Similar regulations govern organ donation procedures.

Unrelated to fetal tissue, human embryonic stem cells only come from in vitro fertilization clinics if the parents make the decision to donate additional preimplantation embryos-5 days after being fertilized in the lab to scientific research. In 2001 President George W. Bush’s administration restricted federal funds involving human embryonic stem cells. The Nobel Prize for Medicine in 2007, 2011 and 2012 went to individuals that changed adult cells in certain ways that essentially provide alternate sources for promising stem cell treatment and research. Less than two months after Barack Obama took office, he eliminated Bush’s restrictions with an executive order titled “Removing Barriers to Responsible Scientific Research Involving Human Stem Cells.” Several applications with the FDA to begin human trials of embryonic stem cell-based therapies have been approved but they are expected to take about a decade before they can be approved for general use.

In its current party platform, the Republican Party opposes any stem cell research that involves “the destruction of embryonic human life.”