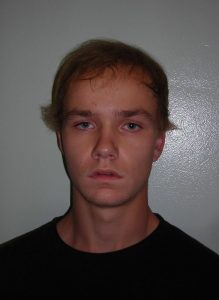 Sonora, CA — A man was arrested after being caught on video killing an animal.

The Sonora Police Department reports that the gruesome incident happened at an apartment complex at 250 Greenley Road. 19-year-old Spencer Morse allegedly drove into the parking lot late at night, picked up a cat by the tail, swung it over his head, and slammed the animal into the pavement. The cat died from the injuries sustained.

An officer viewed surveillance video of the crime and was able to identify Morse. The suspect was later located in the Sonora Walmart parking lot. The PD reports that Morse admitted to killing the animal, and also admitted to a second incident.

He told officers that an unrelated cat had bit him on the finger approximately a week prior, so he had driven to the apartment complex with the intent to locate and harm that cat. Morse was booked into Tuolumne County Jail.

The Police Department notes that he had no prior criminal history.