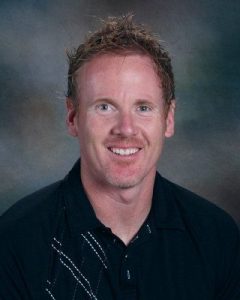 Groveland, CA — Tioga High School will have a new Principal next school year.

The Big Oak Flat-Groveland Unified School District Board of Trustees unanimously selected Ryan Dutton to fill the role. Dave Urquhart is currently the Superintendent/Principal, but will transition into more of a part-time Superintendent role, while continuing to remain Principal of the smaller Don Pedro High School.

Urquhart says Dutton brings “a lot of energy and desire for Tioga High School to be the best it can be.”

Urquhart says Dutton has served as a teacher at Tioga High for eight years, and for the past couple, assisted with some of the administrative work. Dutton will continue to teach some classes while leading the school next year.

Dutton, a former professional football player, was involved in a highly publicized debate in 2008 when the Board of Trustees were not going to renew his teaching contract due to allegations of plagiarism related to his teaching credential. The plan to remove Dutton resulted in all the students at Tioga staging a protest, several parents outraged, and the eventual recall of the school board members.

Urquhart was not working at the district during that time, but says those questions and issues were all rectified and are now in the past.