Over 40 Grams Of Fentanyl Seized, One Arrested 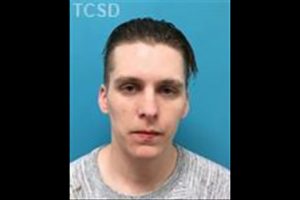 Jamestown, CA – A local casino’s security helped to get more than 40 grams of fentanyl off the streets.

Chicken Ranch security spotted a man in the parking lot putting a pistol into his waistband and smoking something off tin foil with two others, according to Tuolumne Sheriff’s officials. When deputies arrived around 6:15 a.m. on Monday (March 7) at the casino, the suspect, 26-year-old Erik Odle of Modesto, and two others, 28-year-old Madison Davis of Modesto, and 29-year-old Dustyn Davis of Tracy, were inside.

Deputies began questioning the trio and then patted down Odle, finding a pistol tucked into his waistband and a loaded magazine in his pocket. They also uncovered more than 27 grams of fentanyl packaged into several small bags, methamphetamine, unused bags, and nearly $1,000 cash on him. A search of Dustyn turned up another 13 grams of fentanyl and Madison was found to have a small amount of methamphetamine.

Odle was arrested for transporting and sales of drugs while armed with a loaded firearm. The two others were issued citations for possession of a controlled substance and drug paraphernalia.