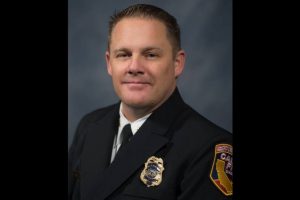 Sacramento, CA – Governor Gavin Newsom has appointed a new CAL Fire Director who amid mega-fires and several years of drought will have his work cut out for him.

A 31-year veteran of CAL Fire, Joe Tyler, is the 22nd CAL FIRE Director in the Department’s 137-year history. In December of last year, Thomas Porter, retired from the post after three years, as reported here. Tyler’s first day on the job is today, which he will spend addressing employees who are graduating as new Company Officers to operate fire engines and others attending Leadership Training at the California Fire Training Center.

“I am honored to have been selected to lead CAL Fire and I look forward to serving the people of California while promoting the health and welfare of our employees,” stated Tyler.

Tyler will oversee an appropriated budget of $3.7 billion and more than 9,600 civilian and uniformed staff who responded to more than 535,000 emergencies in 2021. Most recently Tyler served as the Deputy Director of Fire Protection, overseeing statewide fire protection operations and cooperative fire protection.  He first joined CAL Fire in 1991 working in several counties and programs throughout California and has an extensive background in executive-level operations and programs, according to CAL Fire.