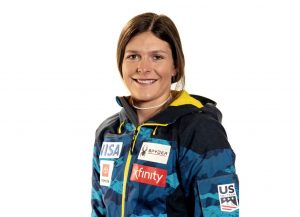 The Strawberry resident finished 27th among the 44 competitors. Her time was 1:15.99, which was 2.48 seconds behind the leader.

Lara Gug-Behrami of Switzerland took home the gold, Mirjam Puchner of Austria the silver and Michelle Gisin of Switzerland the bronze. The top United States finisher was Mikaela Shiffrin in 9th.

The competition aired live during prime-time Olympic coverage on the NBC network.

Cashman’s next event will be on Monday, where she will compete in the women’s downhill competition, beginning at 7 p.m. Cashman’s last event is the women’s combined downhill skiing airing at 6:30 p.m. on Wednesday of next week.

Click here to read an earlier story where Cashman talked about growing up in Tuolumne County.