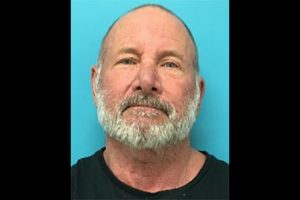 Jamestown, CA – One person was flown from the scene and traffic was backed up on Highway 108 in Jamestown during yesterday’s evening commute after a two-vehicle crash where one of the drivers was arrested for DUI.

The collision happened around 5:15 p.m. Tuesday south of Chicken Ranch Road. CHP spokesperson Officer Steve Machado reports that 63-year-old Theodore Young of Sonora was driving a 2016 Toyota pickup northbound on the highway at about 45-50 miles per hour. Heading in the opposite direction was 27-year-old Rebekah Gall of Modesto driving a 2015 Acura sedan.

Machado detailed that Young’s truck crossed over the double yellow lines directly in front of the sedan. The vehicles hit head-on. Gall sustained major injuries and was flown by air ambulance to Doctor’s Medical Center for treatment. Young was not hurt in the crash.

One lane of the highway was blocked by the wreckage with officers directing traffic for over an hour. Machado added, “While questioning Young, officers determined he was driving his vehicle while under the influence of an alcoholic beverage.” He was arrested for felony driving under the influence.