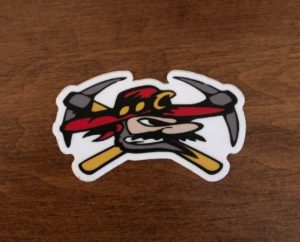 Columbia, CA — It has been a very memorable basketball season thus far for Columbia College, as the Claim Jumpers are the only undefeated team left in the state, and are second in the California Community College Athletic Association rankings.

The Columbia College Claim Jumpers men’s basketball team is now ranked #2 in the state following a big win last Friday over Ventura College 74-73 who was ranked #3.

Columbia is now the only undefeated team left in the state with a record of 12-0. This is the highest-ranking for Coach Rob Hoyt who took over the program in 2013.

The Claim Jumpers are averaging 88.7 pts per game with their up-tempo offense and their pressing defense. A pair of returning players from two years ago are point guard Deshawn Bartley (15.0 PPG) and 6’8 center Noel Alexander (11.9 PPG).

One of the most exciting plays of the night was a monster dunk from Tahj-Malik Campbell (21 pts) which brought the home crowd to its feet. Five players scored in double figures. After the Christmas break Columbia will return with two away games On December 30 and 31.

The Jumpers start their conference schedule with home games on January 5 against Fresno City College and January 8 against Porterville College.