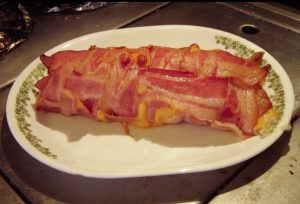 Sacramento, CA — A lawsuit was filed by a group of California restaurants and grocery stores trying to prevent a law from taking effect next month that they say will increase the price of fresh pork and decrease supply.

In 2018 California voters approved the “Prevention of Cruelty to Farm Animals Act” by a margin of 63-percent to 37-percent. It bans the selling of fresh pork, eggs and veal from producers who do not meet minimum space requirements for their animals.

California consumes around 13-percent of the nation’s pork supply and most producers, especially exporters outside the state, have not made changes to conform to the law. An estimated 80-percent of the pork consumed in California is imported from other states. The lawsuit argues that it could result in a statewide shortage of pork. The lawsuit is trying to delay the January 1st implementation.

In anticipation, the state will allow the sale of pork processed under the old rules, and held in cold storage, to be sold in 2022. The hope is to ease the transition to the new rules.

An industry study argued that the price of pork could increase by 60-percent, while a UC Davis study estimated it will be closer to 8-percent, indicating a wide disparity in predicting prices over the coming months. There is a wide disparity in the estimates because it is unclear how many producers, and how fast, will transition to the new rules.