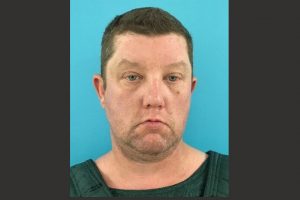 Groveland, CA – The sexual assault took place at a residence in the Groveland area and drugs were involved.

Tuolumne County Sheriff’s spokesperson Nicco Sandelin tells Clarke Broadcasting that deputies responded Wednesday (Dec. 8) night to a report of sexual abuse at a home. Initial statements were taken by deputies from the victim and other witnesses on the scene.

The case was then turned over to sheriff’s detectives, who interviewed the alleged suspect, 44-year-old Jeremy Joe Michael of Coulterville. He and the victim knew each other, according to Sandelin, who added that based on information and evidence collected, Michael was subsequently taken into custody without incident for felony sex crimes/forcible rape.

The arrest report detailed that the victim had been drugged prior to the sexual assault. Limited details are being released regarding the rape, as Sandelin noted, “Due to protecting the identity of the victim, no further information will be released at this time.”