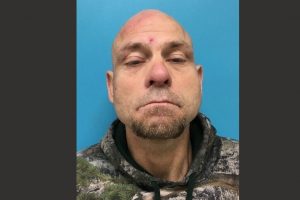 Sonora, CA – A Jamestown man, who was arrested by a SWAT Team on Sunday, has now been charged with murder.

49-year-old Steven Berrigan is now accused of killing 76-year-old Craig Arthur Hale of Twain Harte. Tuolumne County Sheriff’s spokesperson Nicco Sandelin detailed, “On October 7th detectives executed a search warrant at Purely Storage in Sonora during a missing person investigation. As a result of the search, detectives located a deceased male inside the storage unit, prompting a death investigation.” That storage facility is located at 18600 Eagle Ridge Drive near Sonora Recycling, off of Tuolumne Road.

Berrigan was originally wanted for several felony warrants related to drugs and evading deputies. In November, during a raid on a Tuolumne home, he fled the scene, which resulted in nearby Summerville Elementary School going into lockdown while deputies searched the area, as reported here. This weekend’s SWAT arrest was due to a tip that led deputies to the Twin Pines Mobile Home Park in Jamestown where Berrigan had allegedly threatened to use a homemade bomb on law enforcement, as detailed here.

Berrigan is also charged with stealing Hale’s vehicle and identity theft. Information regarding how Hale was killed or what led up to the murder was not released. Anyone with information regarding this case is asked to contact Detective J. Lee at 209-694-2955.