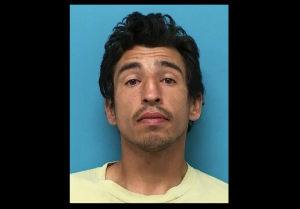 Sonora, CA — A Tuolumne County man is accused of trying to kill two elderly men at a home on Green Acres Road in a neighborhood located west of Soulsbyville and Mono Vista.

The sheriff’s office reports that 32-year-old Anthony Quintero lived on the same property as the two victims. It is not immediately clear what led to the attack. Deputies responded to the reported incident on Thanksgiving Day. Quintero had already fled the scene when they arrived so a “be on the lookout alert” was issued to other area law enforcement. Several hours later Quintero was spotted way up Highway 108 walking near the Dardanelles. He was taken into custody and charged with attempted murder, elder abuse, burglary and resisting arrest.

The two injured men were taken to a hospital to receive medical treatment.

Update: The charges were updated to murder after one victim died as detailed here.