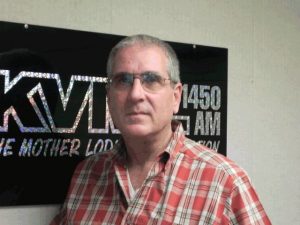 Sonora, CA — The City of Sonora is finalizing cuts related to next fiscal year’s budget, and City Administrator Tim Miller expects more difficult decisions to come in the years ahead.

Over recent months the City has had to find ways to cut approximately $200k in order to balance the $4.5 million 2015 budget that begins July 1st.  Notably, sales tax revenues came in under budget by about $130K. Miller expects similar budget shortfalls again next year.

Given all of this, I asked Miller if the city will need to take a hard look at outsourcing some services over the next couple of years, whether it be the Police Department, Fire Department, or other areas.

“I think that’s one thing we need to look at,” Miller said. “From a big picture perspective, what I’m seeing, is a situation where over the short term, our revenues are not going to increase significantly. And we have fixed costs that are going to continue to increase. So, over the next couple of years it’s going to get more and more challenging to get the budget into balance. We need to look at everything. We need to look at ways to enhance revenues, and also evaluate the operations of all of our departments.”

Miller indicated that the City may also be forced to look at ways to recoup costs for putting on special events. The Spring Festival, Christmas Parade, and various other city sanctioned events cost around $30-$40K. Miller says the City also spends thousands of dollars in the form of “in-kind” services for non-city sanctioned events, in the form of extra law enforcement, etc.

On a different note, the largest construction project underway in the city is the Mono Way widening project that started earlier this month. The city is hoping that everything will be completed by Fall. That said, one thing that has the potential to slow the project is migratory birds that may look to nest in a certain area of the construction zone.

“One of the challenges is that we are going to be working in a creek corridor, and we’re operating under a permit from Fish and Game,” says Miller. “We have rules about monitoring birds and nesting in that area. We’ve actually moved that particular work from June to July, in hopes of getting beyond the nesting period.”

Miller’s optimistic work will continue on schedule, but admits migratory birds are something that could throw a wrench into the timeline.

During this past weekend’s Mother Lode Views radio interview, Miller also spoke about the Vision Sonora project and the transition process for the two new City Council members. Click here to find the entire 30-minute show.