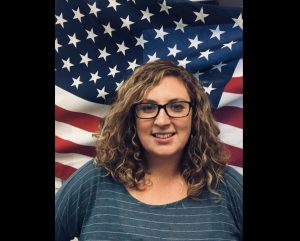 At last night’s city council meeting, after coming out of a closed session, in which the agenda noted the City Manager position would be discussed, the Mayor Pro-tem Mark Plummer announced that Mary Rose Rutikanga would be leaving the city manager post. Plummer asked her to detail her plans, to which she replied, “I have accepted an offer with the U.S. Peace Corps. I will be the director of management and operations for the Peace Corps, Africa region, stationed in the U.S. Embassy in Cameroon, Africa.” Plummer responded, “Wow, (pause) it’s hard to compete with that. Thank you for the time that you have given us at the city.”

Rutikanga is no stranger to the Peace Corps. while in college she served as a Peace Corps Master’s International Student in the country of Rwanda from 2009-2011. She is a Copperopolis native and graduate of Bret Harte and was hired in January of last year by a city council’s unanimous vote, as reported here. Before that, she served as Deputy County Executive Officer for the County of Merced.

Rutikanga will remain at the post for another two months, rounding out her tenure in that position to two years. Now the council will take up the task of finding her replacement, but no immediate details regarding a recruitment strategy were announced at the meeting.